Well, well, well… Matt Horn’s blog meets an upcoming comic book movie. Seems to be a running theme, right? And I’m rollin’ with it because these two forces will collide again when Warner Bros. releases “Man Of Steel” on June 14th. Before we get to MOS, I’m going to rewind a bit. Going back to the most recent Superman film and reviewing “Superman Returns”.

Zack Snyder’s “Man Of Steel” is just a tad over 2 weeks away from being released in the U.S. Even though “Man Of Steel” is completely unrelated to Bryan Singer’s 2006 Superman interpretation “Superman Returns”, I decided to refresh myself with “Superman Returns” for compare & contrast purposes for when I eventually see Zack Snyder’s new Superman flick.

I’m going on record – right here, right now. In my opinion, there is a 0% chance that “Man Of Steel” is a flop. The creative team of Zack Snyder and Christopher Nolan are too good to let MOS be a flop. After Bryan Singer’s Superman attempt fell flat, DC & Warner Bros. realize they’re up against the wall and CANNOT strikeout with Superman again, or they will completely lose interest in the property. Oh yeah, everyone’s hope for a Justice League movie would evaporate too if “Man Of Steel” doesn’t soar.

So let me get to the reason for this blog: Part 1 – “Superman Returns”

“Superman Returns” to me was a whole lot of nothing. I remember liking it more the previous times I watched it. Sure, we got to see Superman fly around, avert some disasters, and “save the day”. But when the credits started to roll, I didn’t feel like this movie took me anywhere. There wasn’t really a plot, so there wasn’t really a resolution. It was literally just frames with familiar characters viewers recognized from the comics books or previous movies.

I realize Bryan Singer tried to be epic, while doing his best Richard Donner impersonation with “Superman Returns”, but he missed the mark big time. The third act really had no punch. Singer tries to portray Superman as the epic hero he is, by saving all of America. But only 4 or 5 characters actually even know that America is even in danger. Which doesn’t have an epic ring to me. The people in Metropolis probably felt like this were just dealing with an earthquake. Granted, Superman did actually save some lives during the earthquake, but that scene didn’t really add anything overly important. Just a chance for fans to see Superman use his abilities.

I guess I’m just disappointed that it’s implied that Superman stands for truth, justice, and the American way. There’s no journey Superman’s character goes on, he’s just… blah. Heaven forbid Bryan Singer actually try to develop Superman… or any of the characters for that matter.

Lois Lane was in this film because everyone knows Superman loves Lois. Jimmy Olsen was in the Daily Planet because everyone knows he works alongside Clark and Lois. Lex Luthor was in this movie because writers knew he is Superman’s greatest villain. These characters all had a little interaction, but what was the purpose? Everything was just really misguided. I feel like Kevin Spacey, who worked with Bryan Singer in “The Ususal Suspects” (which I loved), must have been crazy excited to land the role of Lex Luthor, and overly bummed when he saw the final product. Spacey’s life motto probably goes something like this since being in “Superman Returns”: Friends don’t let friends act in Bryan Singer films…

I guess the moral of this post is this: “Superman Returns” was bad and don’t let Bryan Singer near any projects that have potential. I want to be excited for the next X-Men film – Days of Futures Past, but with Singer attached, its worrisome. 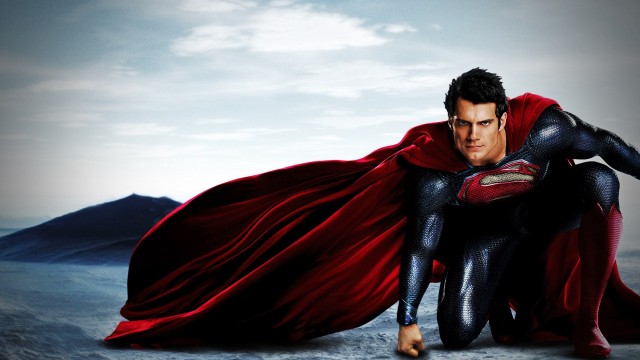