Welcome to Matt Horn’s first blog noir.
Thank you for stopping by and I hope you enjoy my work. All comments are welcomed. 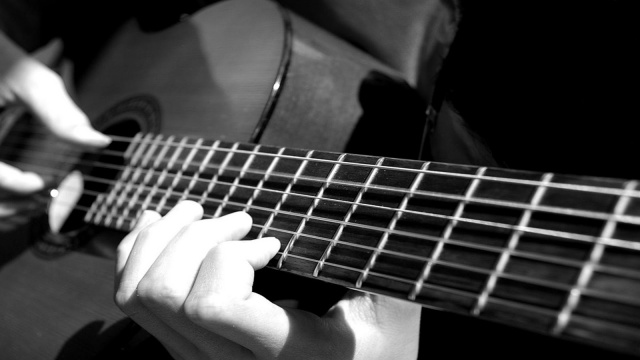 My mind racing in 18 different directions doesn’t help. Sometimes, I wonder how I still have my sanity? Living in Chilton could lead anyone to madness.

I can’t escape the overwhelming anger. It steers my every thought. The loneliness and the realization of having no family left is only getting worse. The hurt… its unbearable.

It didn’t take a genius to figure out the someone from the east side killed my father, where the Rock City mob hailed from. Decent cops on the force – there aren’t many, not anymore. They might as well wear a bulls-eye on their chest. Dad was murdered, shot in the back. No leads. No anything… No surprise. Shit, it was probably a dirty cop who shot him in the back, then tossed whatever evidence there was in the lake. The cops in Chilton were eating table scraps out of the mob’s hand like a lap dog. A little whiny dog, the kind pooch I’d like to punt.

Even if I somehow found the killer, who was there to tell?

Concentrate. I have more immediate things to deal with.

If I don’t figure out how to get Maggie the rest of the rent soon, I’ll end up sleeping out behind the apartments, in the back alley. And I wouldn’t be the first. Enrique Love has been in the alley for the past three weeks. He had no money, and no desire to get his hands dirty to get some. I don’t know much about Enrique, but I guess he’s like me in that regard. But, who knows? His thoughts are hidden, just like his bearded face underneath that faded olive-colored hoodie.

Open mic at Mick’s tonight. I gotta play a song or two. I love to play, but the thought brings a smirk to my face for a different reason. I probably spend more time in that shit-hole not on-the-clock. The irony… Who knows, maybe learning a new song will keep my mind at ease for a while?

Every other Tuesday I ask myself the same question. I naturally look to Keith Richards and Mick Jagger for the answer. The Stones are permanently locked in as my default playlist options.

It’s fitting… if I don’t get some rent, I’m gonna fade away.

I hit the juice to my record player and softly drop the needle. “Miss You” is the first track. Some Girls is the only album I own, so it’s always on the turntable. I must have played this album a million times. It’s still in fairly good shape for as old as it is. Dad bought it back when it was released on June 9th, 1978, exactly 5 years before I was born.

Hours of practice fly by, the last of my fifth is gone. I was right, playing eased the tension in my head. Well, I think anyway.

I shovel down a cold slice of pepperoni, I need to grab my guitar and go. There won’t be more than four people at Mick’s tonight, but the sooner I get there, the more I can play. It’s the only good thing I got goin’ right now. The only way to numb the hurt in my heart. Those six strings are my saving grace.

East St. isn’t the main drag in town, but as I walk past Mom & Pop Weinberg’s corner store and Bruce’s Music, I see an unusual amount of faces. Unfamiliar faces. The town seems busy for a Tuesday night – check that, busy for any night. I can’t remember the last time the streets in Chilton were this crowded. I get an uneasy feeling when I see Candy’s Room is jam-packed. Something is brewing in Chilton tonight. And if it’s bad, I’d bet my guitar it’s going down at Candy’s.

If Candy’s doesn’t have enough sugar on tap when groups of the mob swing through to satisfy their sweet tooth, shit can go sour, and quick. Times like this, there’s no choice – just don’t look and keep walkin’.

I walk into Mick’s, and to my surprise, there is actually some people. After seeing Candy’s though, I wasn’t sure if that was a good thing or not? I wasn’t looking for trouble, I got enough trouble on my plate. Enough to feed the hungry in Rock City. I just wanted to play.

The crowd was just big enough I couldn’t count them on both hands. I nod to the bartender Dave as I sit down in the corner to tune my guitar. He’s too busy to notice. This is a packed house to him. Who am I kidding though? It’ll be the biggest crowd I’ve played to.

I’m ready. As I step up on the small platform to adjust the house mic, a small group shuffles through the door – and boom!

I saw a familiar face in the crowd – Lacy.

I was completely void of thought except for the word “wow”. She wasn’t even dressed to impress and dominated the whole place. She almost made me drop the microphone. I was in awe. Made me forget in an instant why I was at Mick’s in the first place. Goddamn she looked good. I hadn’t seen her in well over a year.

And just like that, without saying a single word, Lacy flipped my night… my world upside down.