With KISS about to enter the Rock ‘N Roll Hall of Fame in a matter of days, it’s probably safe to say there isn’t much they haven’t done or accomplished throughout their careers. KISS is currently saying there are not any plans to record again. But as a KISS fan through and through, there is still one scenario that hasn’t happened yet that I would love to see play out. I would absolutely love to see them recruit Rick Rubin to produce it.

At first listen, I wasn’t to thrilled with KISS’ past two albums (Sonic Boom & Monster – which Paul Stanley produced). I mostly couldn’t get over how “clean” it felt recording-wise, but I realized quickly how petty and pointless that assessment was. They are albums not necessarily filled with singles that would get continuous radio play, but rock songs that comprise and define what makes a great rock record. Now, I find myself recommending both of these albums to KISS & non-KISS fans all the time.

When I listen to these two albums, I hear echoes of Rock And Roll Over and I believe that to be high praise. Maybe the highest praise I could give? Rock And Roll Over was released in 1976, in the midst of KISS’ gigantic run to becoming the biggest, baddest, and hottest band in the world. I’ve read over the years that KISS themselves consider Rock And Roll Over to one of their best/favorites albums. You know why? Because RARO is a complete album in 2 ways:

1- Every track is a great track. The songs flow so well together, I couldn’t image any of them coming out on any other of their albums.

2- It is the album the band members point to when identifying the togetherness of the band and the contributions each member made to making the album great. In essence, it’s the most collectively complete album that included all 4 original members.

Over the years, Rick Rubin has produced many great records, but 3 in particular are why I would love Rubin to take a stab at producing a KISS record.

From my perspective, Blood Sugar Sex Magik put the Red Hot Chili Peppers on the map in a way they hadn’t experienced before. Wildflowers proved Rubin could help an all-time veteran rock act sustain even more success after a career best album. With Linkin Park, Rubin took a band that had zero appeal to me and completely flipped how I view them. Made me a big fan of Linkin Park’s music by producing an album that I consider to be one of my very favorites.

I don’t want to stray too far off topic, but I do dream about KISS experiencing a huge rebirth similar to what Aerosmith had when Get A Grip (which Rubin did not produce) came out. Bon Jovi is another group that got a second wind when Crush was released in June of 2000. The greatest example is the Rolling Stones having a song like “Start Me Up” come out many years after they broke out and became known worldwide. A song that is just as recognizable as the their flagship anthem “Satisfaction”. Maybe Rick Rubin could help KISS make that leap?

Paul already has the band on the right path musically. Listen to each of the last 2 albums as evidence. I truly believe that Rick Rubin could put KISS back on the air-waves with an album just as great as Destroyer, Rock And Roll Over, and Love Gun. With songs that could rank up there with Rock ‘N Roll All Nite, and Detroit Rocky City.

Can you imagine a world full of newly forged KISS fans ready and willing to join the KISS Army? I can. KISS and Rick Rubin could make it happen. 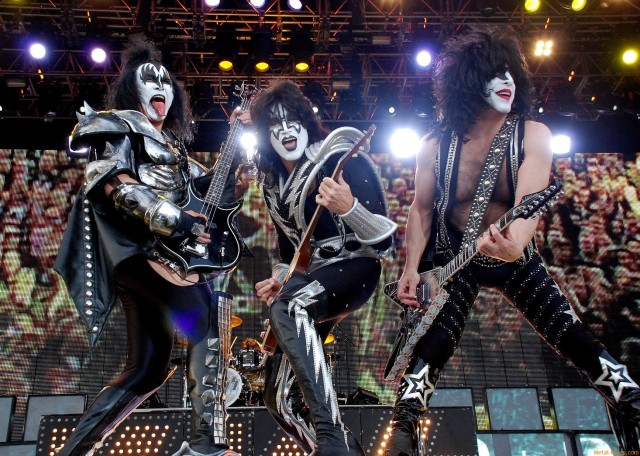